Companies present in Piaseczno: Technicolor – the world’s foremost DVD manufacturer  and supplier, GTS Energis – one of the biggest Data Centres in Europe, Hoya Lens Poland – a research lab specialising in manufacturing optical lenses; it is thanks to them that hi-tech manufacture is concentrated within the municipality.

Piaseczno is one of Poland’s leading cities in terms of the number of enterprises having invested more than one million euro in the country. Due to this, the municipality has one of the country’s highest per capita income rates and the unemployment rate is one of the lowest in Poland.

The beauty products company Dr Irena Eris is an example of a home enterprise, which has promoted its products on European markets. A small craft workshop founded in Piaseczno in the early 80’s has become a leading cosmetic manufacturer in Poland. Another example is Pol-Aqua, one of the leading companies in the Polish building market, responsible for of the first stage of National Stadium’s construction works and the construction of Most Północny (North Bridge). However, what serves as real proof of the municipality’s economic growth is the number of small firms and enterprises within it; around ten thousand of them are operating in Piaseczno.

Piaseczno is an absorbent service market. Around a dozen big shopping malls, such as: Auchan, Fashion House, Leroy Merlin and Decathlon are located in Piaseczno. Smaller supermarkets, shops, car showrooms and banks are also present in Piaseczno. Moreover, there are shipping and logistic companies which own large stocking surfaces. 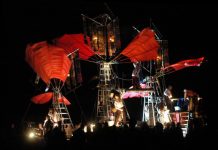